What if the Moon Abruptly Disappeared? 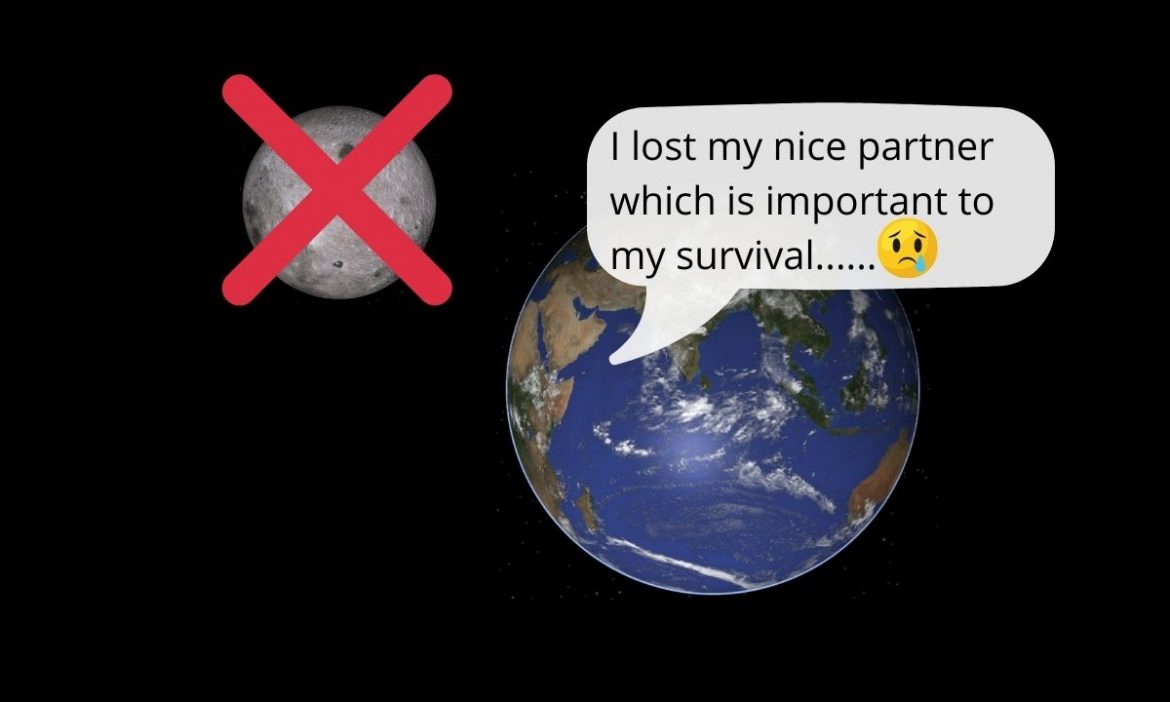 The Moon is a commonplace sight in the night sky and is the brightest celestial object except for the Sun. But, you might not know its full potential despite lighting up our sky and providing us with mid-autumn festivals. So, we’ll discuss what if the Moon disappeared (it’d be catastrophic to our ecosystems).

It Would Cause Mass Extinctions

What does our satellite have to do with life on Earth? One of the primary reasons is that it produces tides, which are vital for many living organisms.

Ocean tides make bodies of water go up and down, causing essential nutrients and chemicals to distribute evenly throughout the sea. If these living things died out and other species that rely on them failed to adapt, it can go all the way up the food chain, affecting all life on Earth.

Moreover, some creatures wouldn’t be able to reproduce due to the lack of lunar cycles. That way, even more species would be extinct, causing mass extinctions.

Regardless, there are still some tides from the Sun and other planets, but they are too weak to maintain our current ecosystems in balance.

The Length of Our Days Would Vary from Expectation

The lifestyle of 24 hours a day is ideal for all life on Earth. We’ve talked about what if Earth stopped rotating a while before, but it’s the opposite in this condition.

Earth’s tidal bulge from the Moon creates some friction, thus slowing down Earth’s rotation gradually. Then, you’d afraid that the process would reverse, right?

Don’t worry, because Earth’s rotation won’t speed up in these circumstances. But, in the long run, the length of the days would be shorter than what we expect as our Moon would not be a parameter anymore.

By the way, Earth’s rotation gives our satellite the energy to go farther away. Therefore, the Moon is leaving us at about an inch per year.

If the Moon disappeared, Earth’s season patterns would become unsteady. It’s not likely that it’ll happen within a year. However, organisms would be mad because they’ve adapted to the “stable” current season cycle for millions of years.

Why doesn’t it happen immediately? Well, the gravitational pull from the Sun and other planets are not strong enough to push Earth’s 23.5-degree axial tilt off course right away. But, season patterns would be more of a mess since the axial tilt would change very much.

So, the springs, summers, falls/autumns, and winters would be very elongated. Moreover, the climate of places on Earth would gradually go crazy. Resources such as food and water would become scarce, and their prices would skyrocket dramatically. People and animals would have to migrate much faster than they’re used to be.

Wait…. There’s Something Even More Devastating!

Although the human race would end from a mass extinction, it could’ve been much earlier. To understand that, we need to know exactly how the Moon disappeared.

The Moon is very massive. In fact, according to data from NASA, Earth is just 81.28 times more massive than the Moon. It’s also the satellite that accounts for the largest percentage of mass for a regular planet.

The only logical way to make our satellite vanish instantly is to explode it. However, the Moon can just barely feel the explosion of the most powerful bomb ever detonated. It won’t break our satellite in pieces or change its orbit. Therefore, the only method to do that is to send a gigantic device to the Moon and hit it at high speeds to blow it up. But, we could still detect that as long as it’s not made of dark matter.

The Effects of the Explosion

If the Moon suddenly blew up, it would break up into many small fragments. Remember that the mass doesn’t go away, after all.

Due to gravity, the scattering pieces are largely targeted to Earth. Also, don’t let the word “small” fool you. Even though most of the shards quickly disintegrate in our atmosphere, they are sometimes as huge as tens of kilometers. On this scale, the fragment can easily kill all life on Earth. If you’d like to know how, please look at the consequences of an asteroid hitting Earth.

Here is the answer to what if the Moon disappeared. The event could bring us disasters, including a potential mass extinction.

Next time, when you look up at the sky, be grateful the Moon is there. It is not only a bright object in the sky but a key factor to Earth’s habitability.

How to Recover your SEO When your Rankings Dropped?

What Makes Earth Habitable and Why is it Outstanding?