What Are the Types of Spacecraft and Their Purpose? 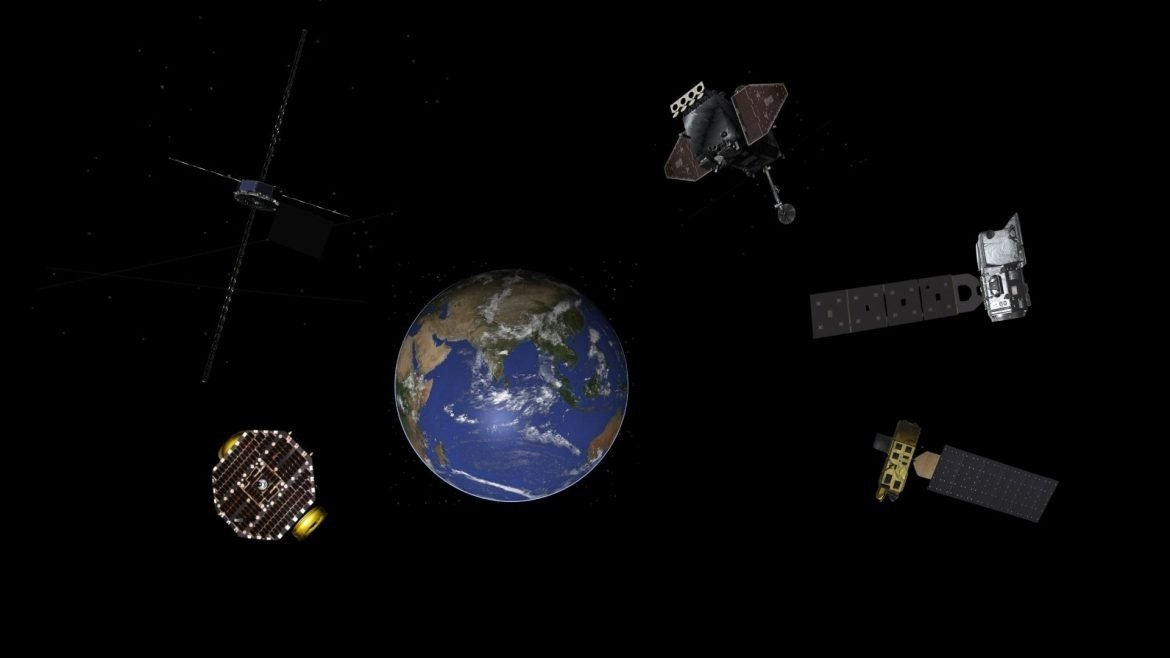 A spacecraft is an object that is designed to operate in space. What are the types of spacecraft, and how can they benefit the world? Let’s find out in this article.

There are a lot of satellites surrounding Earth, and they are benefiting our lives greatly. Here are some types of satellites, and we’ll explain them one by one later.

You’ve heard of weather reports every time you go outside, right? Well, the results of the weather reports are from weather satellites that are constantly watching Earth. They take measurements by imagers, radar instruments, etc., so that the satellites can observe weather phenomena such as rain, clouds, and storms.

Famous weather satellites include the GOES satellites, which carry the first lightning mapper ever sent to space. A side note to the GOES mission is that one of its satellites (GOES-G) encountered a problem during launch in May 1986 and blew up due to range safety.

Other than monitoring weather, some satellites provide statistics about climate change. These space probes are climate satellites. They measure the sea level, global temperature, the amount of greenhouse gases and water vapor, and so on. Their purpose is to figure out how our planet has changed over the years. Although the effects are clear and known to virtually everyone, there are more than a dozen operational climate satellites in low Earth orbit operated by NASA.

They use various instruments to conduct their missions. For instance, Sentinel-6 Michael Freilich, a satellite that observes the sea level, uses a radar altimeter to precisely know how far the spacecraft is to the oceans on Earth.

Sometimes, satellites are launched into space to conduct science missions. Keep in mind that climate satellites are a kind of science satellites, too. These satellites can study various targets from afar, such as the entire Universe for the Hubble Space Telescope and the edges of interplanetary space for IBEX (Interstellar Boundary Explorer).

They carry a wide range of instruments to fulfill their science missions. Sensitive imagers (such as large telescopes) are good at looking for faraway objects such as exoplanets and other galaxies, while magnetometers provide data about magnetic fields.

Moreover, we can use satellites for communication. The items that use it include satellites in low Earth orbit that cannot directly communicate with antennas here on Earth due to their proximity to our planet. That’s where communication relay satellites come into play.

Another use of a spacecraft orbiting Earth is for navigation. We’ve all heard of GPS, right? That service relies on navigation satellites. You may ask, “How this works?” Fortunately, there’s a brief answer in the next paragraph.

Long before you have to acquire a GPS signal, GPS satellites are constantly beaming signals to Earth, waiting for the receivers on devices to hear that. Once the distance between your device and four or more satellites are obtained, an exact location can be pinpointed.

Other than these five types of satellites surrounding Earth, some spacecraft are (or can be) dedicated to interplanetary travel. Let’s find out.

Other than uncrewed robots that explore space, some objects carry humans to space. For instance, space capsules bring astronauts back to Earth safely through a heat shield and a parachute to break their fall and protect the spacecraft. Moreover, there are lunar landers and (future) Mars landers that can bring astronauts to their targets.

Besides these relatively small spacecraft, there are large infrastructures in space that can support astronauts for many years. These are space stations, including the famous International Space Station. If you look at the size of a space station, you’ll quickly notice that it cannot be launched in one go. Therefore, space stations are full of docking ports to connect parts and transfer astronauts and resources in orbit.

Humanity reached every planet in the Solar System thanks to robotic space probes. They are unmanned spacecraft that carry scientific instruments to study the Moon and/or other planets. They have a wide variety of purposes, such as finding organics or returning a sample, and the spacecraft has to be instrumented and designed according to its purpose.

For instance, if a spacecraft is intended for a Mars landing, it has to include a cruise stage to provide power and communication during its cruise to Mars. Then, it has to carry an aeroshell to protect the payload during atmospheric entry. Then, the spacecraft needs a parachute and rockets to slow down for a safe touchdown. Of course, the payload in the spacecraft needs some instruments to achieve the science mission.

So, we’ve learned that spacecraft come in many types and configurations, including crewed spacecraft, climate satellites, and robotic space explorers. No matter how powerful and capable they are, the reason why they exist is to benefit our lives.

What Is A DDoS Attack And How To Avoid It?