How Does A Transfer Orbit Work (and How to Reach It)? 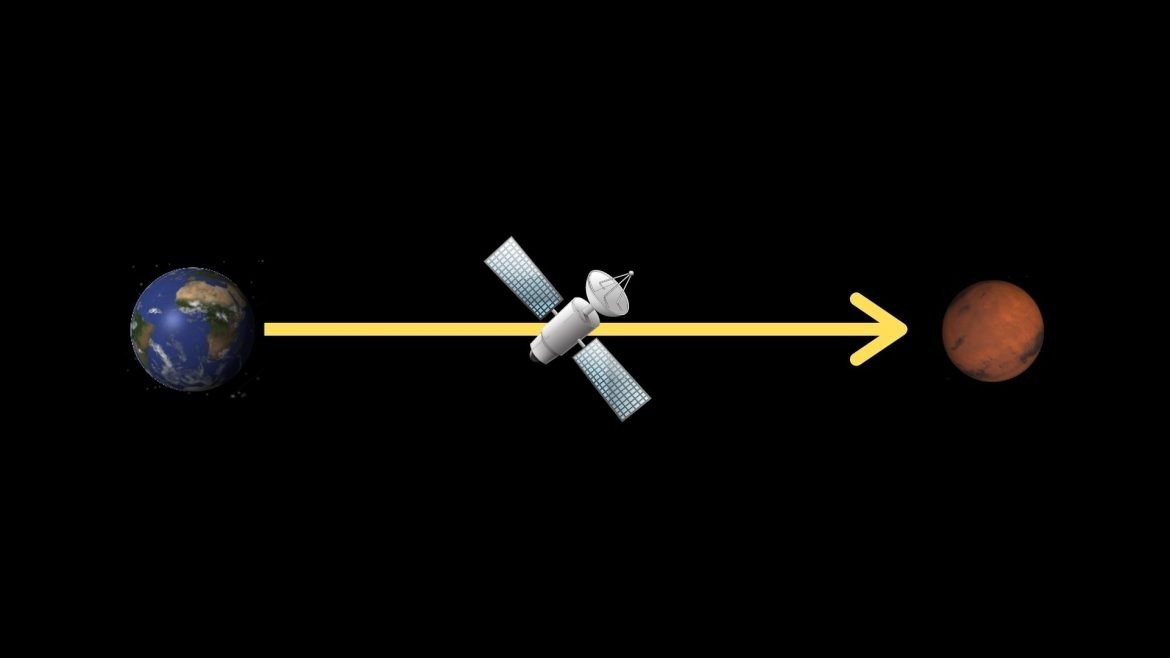 If a spacecraft has to go to another planet, it must meet the planet at the right place and time. How does the robot do so? It uses a transfer orbit, and here’s how it works.

What Is a Transfer Orbit?

A transfer orbit is used to transfer something from one object to another. For instance, if the orbit moves a spacecraft from Earth to Mars, it is a transfer orbit. However, there is a lot of math and science in transfer orbits because it must be practical.

For instance, if we have to launch a spacecraft to Mars, we have to figure out the launch window where the two objects’ relative positions are optimal for a transfer orbit. (This applies to any other target). If the space probe launches at the right time and orbit, it will arrive at the red planet a few months later. That is a launch window, and it must be considered for any spacecraft that will come close to or have physical contact with another object.

Hohmann transfer orbits are the most efficient unless the ratio between the target and the launch site’s orbit is more than 11.94. Suppose that the satellite is going to Venus and it needs a Hohmann transfer orbit. In that case, it will lower its periapsis to the point where it will intercept Venus when crossing Venus’s orbit.

Bi-elliptic transfer orbits are another way to go from one planet to another, and they can be more efficient in some cases (although it takes much more time).

This type of transfer orbit takes the payload to an apoapsis, which is higher than the orbit of the launch site and the target. Then, it performs a burn to adjust its periapsis to rendezvous with the target. However, it is more common for Hohmann transfer orbits to be present when transporting a spacecraft into a trajectory that intercepts another planet.

How Can They Get There?

How about the way the space probes get there? Well, it all goes back to its launch. When a rocket is launched, it uses the opposite reaction from the fuel combustion in its fuel tank. That propels the payload forward. If the payload is an interplanetary spacecraft, the rocket will push the space probe fast enough that it escapes Earth’s gravitational pull.

The direction and duration of this burn are critical to put it in the correct course that will eventually coincide with the spacecraft’s target. For instance, if the orbit is sending a spacecraft to Mars, it will accelerate by firing the rocket engines at the same direction of the rocket’s heliocentric motion for the correct duration. Then, the orbit will be raised, and it will reach the red planet on time.

On the contrary, if the payload has to explore Venus, it has to decelerate by firing the rocket engines at the opposite direction of the rocket’s heliocentric motion for the right duration to lower its orbit. In any case, it needs to change its velocity to get to an orbit that will rendezvous with its target.

Often, the rocket doesn’t get everything right on the first try. In addition, they will avoid collision with the target due to planetary protection standards. Therefore, the spacecraft may need some trajectory correction maneuvers to put it on course to its target planet.

Moreover, the rocket may not be powerful enough to put the spacecraft on a trajectory that directly intercepts the target. In that case, we use gravity assists, which can naturally change the orbit of a nearby object without using fuel.

In this article, we’ve discussed how transfer orbits work and how to reach them by firing rocket engines in the right direction and duration. To know more, you can look at the pages in the references below, which are the resources used to write this article.

What Is A DDoS Attack And How To Avoid It?

How Do Telescopes Work?