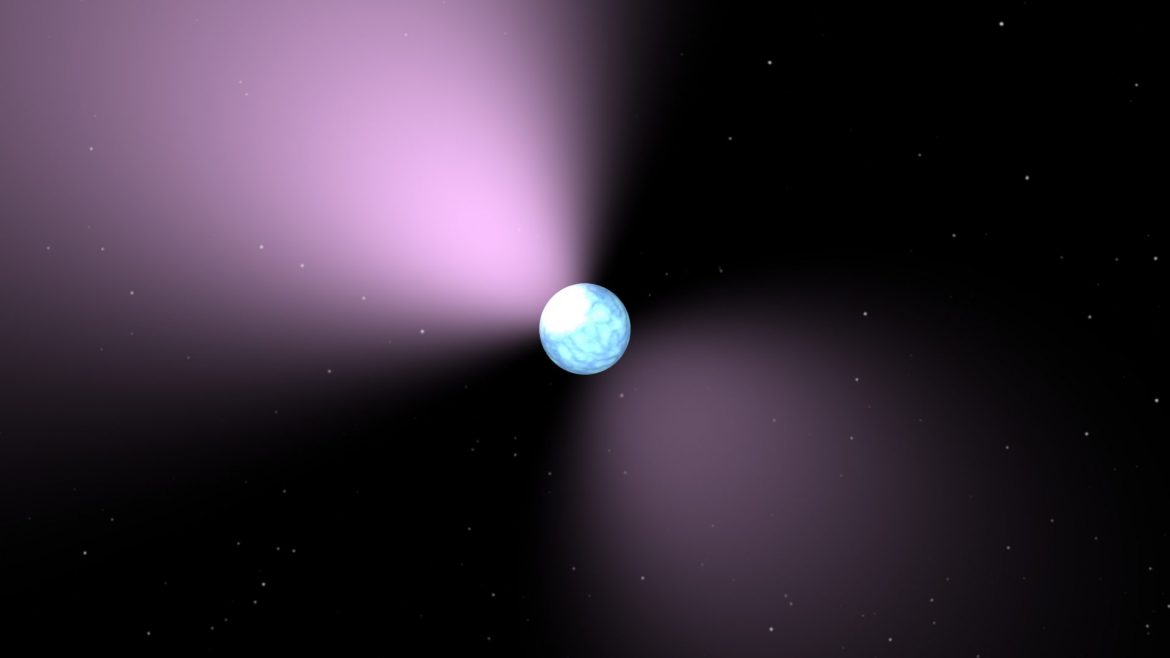 If a high-mass star dies in a supernova, either a black hole or a neutron star will appear. In fact, neutron stars are one of the most unexplored objects in the Universe. No matter how little knowledge we have obtained about neutron stars, let’s find out more about them.

How Does a Neutron Star Form?

To answer this question, we have to know what prevents the star from exploding at any moment. That is the balance between the outward force of nuclear fusion and the inward force of gravity.

If the star runs out of fuel and has nothing to fuse, the outward force stops existing, and gravity collapses the star so much that protons and electrons collide to become neutrons. Moreover, atomic nuclei start getting squeezed due to the powerful gravity. That forms a neutron star.

Moreover, it spins fast. The diameter of neutron stars are decreased, but the angular momentum stays the same, so neutron stars rotate incredibly fast. In fact, it’s capable of having multiple rotations per second! What’s more, they have enormous magnetic fields trillions of times more powerful than Earth’s. It’s so powerful that a beam is ejected from both poles, and that makes the neutron star a pulsar.

The Structure and Interior of Neutron Stars

Actually, there is a hard crust on a neutron star other than a fuzzy surface on a regular star. Movements in the crust cause starquakes, but they’re significantly more powerful than earthquakes on Earth. The effects of a starquake 50,000 light-years away from SGR 1806-20 arrived at the Solar System in 2004. It temporarily disabled the Swift observatory (which was newly launched at that time), compressed Earth’s magnetic field, and partially ionized our upper atmosphere.

As the density increases as we get down into this dense object, we see even more abnormalities. For instance, nuclear pasta can appear in neutron stars, which might be the strongest material in the Universe.

However, this is still not the most unusual layer of a neutron star, and the strangest part is the core, which has the highest density. In fact, there are different outcomes for each study of the core of a neutron star? One from Chandra said it contains a superfluid, while another one from Nature suggests that the core is made of quark matter.

So, neutron stars are mysterious objects that this article cannot explain fully. However, for now, you can look at the webpages in the references to know more about neutron stars.

What Are the Types of Spacecraft and Their Purpose?