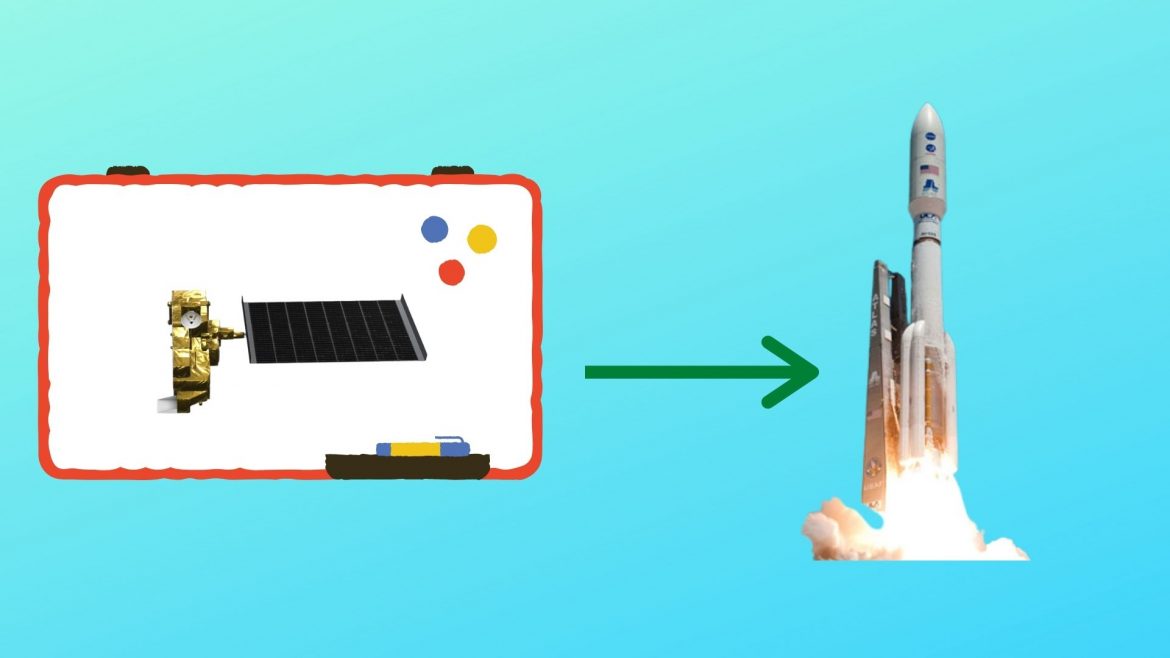 To launch a spacecraft, you need a talented team and a lot of resources and procedures. However, we will briefly introduce what to prepare for a spacecraft to conduct its mission successfully.

Define The Objectives and Design the Spacecraft

Suppose you have an adequate team ready. It should have people that deal with each component of the spacecraft, and you might only be responsible for one of the components. In that case, the mission can begin by defining the objectives and designing a vehicle.

Firstly, you have to define the objectives. It is likely already defined when the team is formed, but it’s better to take a closer look at the scientific goals to design your spacecraft with the correct structure and instruments.

For instance, you can ask, “Where will the spacecraft go?” If the destination is close to the Sun, like the terrestrial planets, you should use solar panels on the spacecraft. If it’s any further than the orbit of Jupiter, it’s better to use RTGs (Radioisotope Thermoelectric Generator) as there isn’t enough sunlight in the far reaches of the Solar System. There’s one exception to this, which are probes on the surface of Mars. They sometimes use RTGs, partly due to dust storms which block most sunlight on Mars.

Other than that, you may wonder, “What will it investigate?” If it is a mission that involves chemicals, a spectrometer is probably a great instrument to carry. You have to use imagers if the spacecraft has to reveal surface features, too. Or, if it measures the magnetic field, a magnetometer is an ideal instrument. A sample return capsule is a must for sample return missions, and some spacecraft should have robotic arms to move spacecraft parts and instruments.

Moreover, you have to decide where the spacecraft will go and what gravity assists will it receive to reach the desired orbit. It will be used later to determine the launch window, deadline, and the launch vehicle.

Build and Test the Spacecraft!

When the designing process is finished, it’s time to build the probe. After all instruments and spacecraft parts are ready, it’s time to assemble them in a clean room, ensuring that the space probe is sterile. This prevents interplanetary contamination and spacecraft damage.

The spacecraft should include a computer, a fuselage and antennas. These must be installed for a space probe to conduct any types of mission! And don’t forget the power source like the RTG or the solar panels!

After the spacecraft is prepared, it has to test before its launch in case anything goes wrong with the parts. For instance, it has to be exposed to large amounts of sound to see if things would break in the intense vibrations during launch. Moreover, it has to be able to withstand the temperatures it could encounter throughout the mission.

Next, you need to prepare the launch vehicle. It should be chosen before as the spacecraft’s trajectory is already plotted. The more acceleration (or deceleration) is required to reach the initial orbit, the more powerful the rocket must be.

After the rocket engines, fuel tanks, wiring, and computers are ready, it’s time for the fairing encapsulation. At that point, the spacecraft, which is prepared for launch, will be enclosed in the fairings to protect it from the aerodynamic forces during launch and provide the shape to minimize atmospheric drag. Then, the space probe will be shipped to the launch site to meet the rest of the rocket, which provides the thrust necessary to heft the explorer into space.

Next, the launch vehicle must be assembled with the configuration set by the manufacturer. This includes the location of the first stage, second stage, and boosters. After the rocket is transferred to the launchpad in this condition, it should be physically ready for launch.

Scrub the Launch if Anything Goes Wrong

Last but not least, it’s important to delay the launch if the condition is not suitable. This ensures the safety of the rocket and the payload.

For a safe launch, we have to monitor two things: The environment around the launchpad and the condition of the rocket. If any of them isn’t great, the rocket might not be able to launch safely.

Then, why do rocket launches get delayed? It’s sometimes caused by bad weather. For instance, thunderstorms and strong winds are unfavorable to a rocket launch. However, even if the environment around is okay, it’s still possible that the rocket launch will be delayed.

The reason for which are technical problems. Of course, even a single one of these problems can be catastrophic to the payload and the rocket, right? Therefore, there will be sensors on and around the launch vehicle, each looking for problems that prevent a launch vehicle from safely leaving Earth. If any of the sensors detect unusual readings, the launch will be delayed to fix the issue.

If everything goes right, the launch proceeds, and when T-Zero is reached, the mission team will have no way to modify the hardware unless astronauts rendezvous with it for maintenance. They can only wait for success or failure and continue on with the rest of the mission carefully.

Here’s a simple introduction on preparing a spacecraft that brings it from the drawing board to its mission. It is no easy feat, but these missions collect a lot of invaluable data that can help technological advancements and improve humans’ lives.

How to Look for Habitable Planets Thousands of Light-years Away?