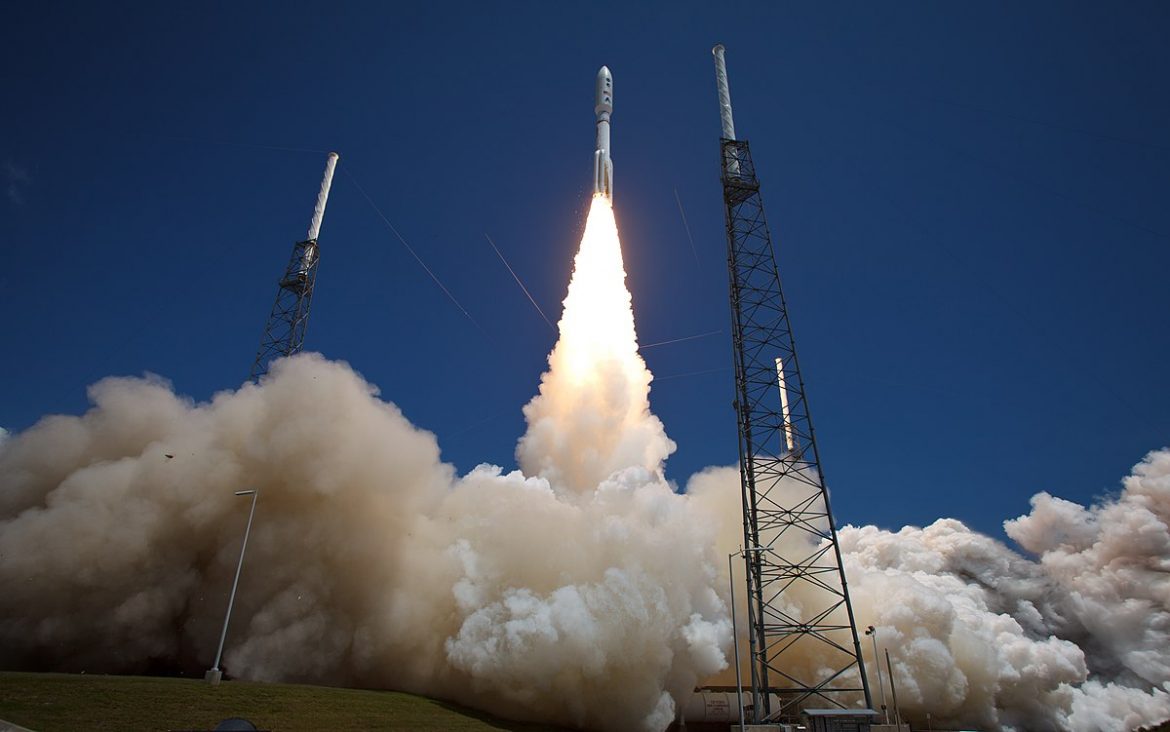 5, 4, 3, 2, 1, and liftoff! Have you watched the launch of a rocket? Let us know in the comments. If you have, you should know the procedures to launch a satellite into space. However, how do rockets work? Why are rockets structured like this? Let’s find out.

Firstly, we have to know how a rocket works. In fact, it’s effortless to understand, and you’ve likely learned it before.

Newton’s third law of motion states that whenever a force is applied (the equal reaction), there is always an opposite reaction with the same amount of force.

A rocket carries a lot of propellant, and the particles are accelerated through the nozzle by chemical combustion. When they are pushed downward, they propel the rocket upward through Newton’s third law of motion. The rocket speeds up until it reaches the desired velocity to release the payload.

How Powerful Should the Launch Vehicle Be?

To launch a satellite into space, you need a decent launch vehicle. The type of the rocket depends on the mass of the payload and the velocity to reach its initial orbit. If a satellite must be sent into low Earth orbit, it must travel at about 8 kilometers per second. However, if the orbit is higher, the vehicle must be even faster to raise its orbit.

If you’re going into a heliocentric orbit, the story is very different. Firstly, the rocket’s velocity needs to be above 11 kilometers per second (relative to Earth) to escape Earth’s gravitational pull. Secondly, it should accelerate or decelerate in its heliocentric orbit. Accelerating means gaining more momentum and moving to a higher orbit, while decelerating means lowering your orbit.

Depending on the mass of the payload, the energy needed to get the spacecraft into orbit can be calculated. The more energy the rocket needs, the more fuel the rocket needs. Keep in mind that the fuel also takes up some weight, and different types of fuel have different efficiencies. These should be taken into consideration, too.

When all the data is ready, the launch vehicle is chosen and prepared. And that’s the reason why the spacecraft has to ride on a giant rocket or a smaller one.

Parts of a Rocket

Now, it’s time to talk about the parts of a rocket. Most of the rocket’s mass is fuel, which is stored in the huge fuel tanks. They provide the combustion necessary to bring the spacecraft into the desired orbit. The exhaust goes through the nozzle, which can move to steer the rocket.

Typically, a rocket has multiple stages. For instance, the Atlas V rocket, which launched some famous satellites, has two stages. This is because after a fuel tank is empty, it has to eject from the launch vehicle to lose weight. To add thrust to the first minutes (typically two) after launch, there are solid rocket boosters that are mounted to the side of the launch vehicle. A strange configuration (Atlas V 411) only carries one booster, and the rocket is very asymmetric (but it launched successfully a few times).

How about the payload on top of thousands of tons of fuel? It cannot be launched while it’s exposed to air, right? That’s where the fairings come into play. During the launch, the rocket will experience tremendous aerodynamic forces, reaching thousands of pounds per square foot. This is enough to cause severe damage to the payload. Furthermore, the fairings reduce drag and maintain a clean-room-like environment when the rocket is on the launchpad.

The Procedures of Launching a Rocket

After the rocket is fully fueled and all conditions, including weather and hardware, are okay, the rocket is ready for launch. Remember that years of preparation come with every single space mission. Consequently, mission controllers will err on the side of caution.

Note: The launch procedure is based on the Atlas V 541 launch of the Curiosity rover.

At liftoff (T+0), the engines and the SRBs (solid rocket boosters) ignite, and the launch vehicle will start ascending. Around 2 minutes after ignition, the boosters jettison, leaving only the Atlas and Centaur stages intact. After that, the fairings separate, and the Centaur upper stage ignites. Note that the fairing separation can come after second stage ignition, depending on the launch vehicle used. The burn takes it into a parking orbit.

After coasting in space for minutes, the rocket fires again to put the spacecraft in a heliocentric orbit. After that, the spacecraft leaves the rocket, starting the cruise phase of the mission. Finally, the upper stage redirects itself to a trajectory that does not intersect the target.

In this article, we talked about how to launch a satellite into space. Keep in mind that the procedures behind the scenes are complicated, and we haven’t even touched the complex wirings and guidance systems inside a rocket. To learn more about launch vehicles, please visit the webpages in the references below.

How to Secure Your Data And Devices From Hackers and Malware? (22 Tips)

Why Does Your Computer Slow Down? (and How To Prevent That)